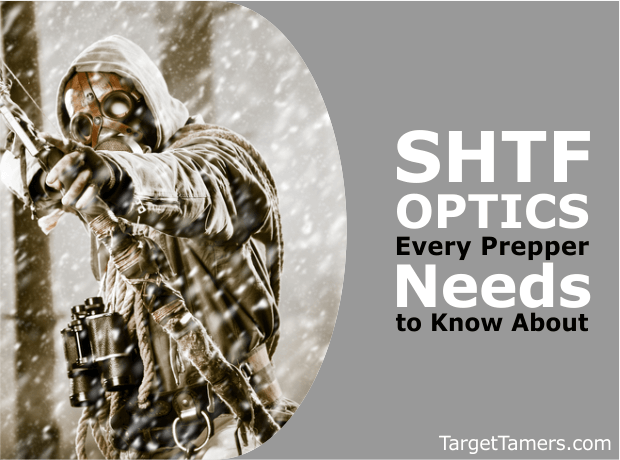 Even the most dedicated Preppers sometimes forget about the importance of optics.

We can’t blame them.

There’s food, supplies, gear, and even defense weapons that all take money, time, and mental energy to buy and then learn how to use.

Sometimes, optics come in last on that list of priorities.

To help get your list checked off completely, look through our list of optics that you’ll need for when the SHTF.

SHTF Optics to Add to Your Bug-Out Bag 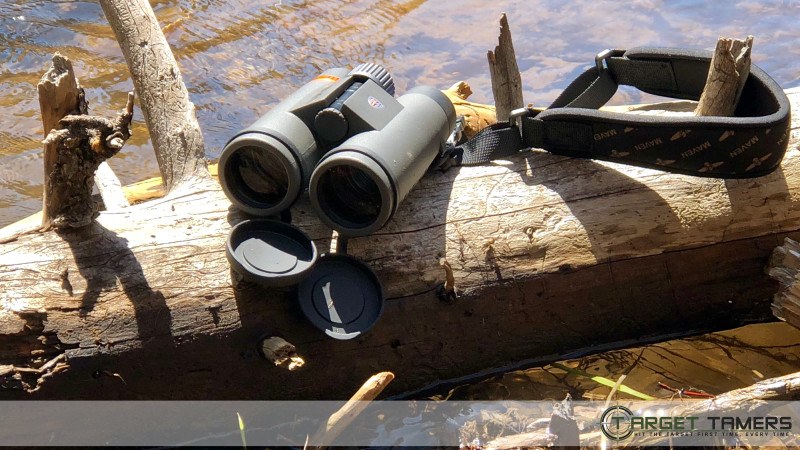 A binocular might already be in everyone’s bug-out bag or somewhere in the retreat.  But, is the one sitting on the shelf gathering dust any good?

We already know military, sailors, and hunters use binoculars, so why wouldn’t a Prepper need one too?  At some point, a Prepper is going to need the extra sight to:

Depending on the situation, a compact binocular may be better for day scouting, like this Carson 8×26 with a wide field of view.

A full-size, high-powered binocular may be more appropriate for observing your food source before you take the shot, or watching the movement of a far-off camp of strangers while you’re hunkered down.  To catch minute details while you’re detailing the near-by raiders, the Vortex 12×50 Razor has the finest glass and coatings to get it done.

Either way, a binocular provides many advantages in an emergency or SHTF scenario.  It can buy you time that may prove to be life-saving. 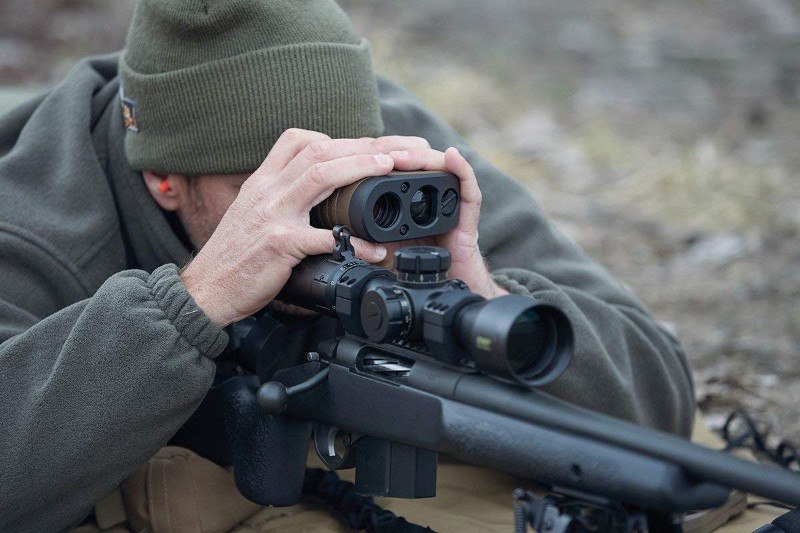 This is one of those optics that you don’t see on many Prepper’s checklists, but it’s important you have one.  Why?  You want to know the distance.  A hunter uses a laser rangefinder to determine the distance of its prey to make the appropriate adjustments to make a shot.  You may want to as well.

You might want to know how far you must hike before you reach the landmark you see in the distance that means safety.  You’d need a long-ranging rangefinder that’s capable of detecting a target from far distances.   It might also help to know how far away that trespasser is from entering your property before you sound the alarm.

Knowing the distance gives you an edge.  With magnification on a laser rangefinder, you can see that much closer.  The Sig Sauer Kilo 2000 has an impressive 3,400 yard detection.  Keeping maximum distance between you and the enemy or a wild beast while making your own position more difficult to target is key to survival.

But, it won’t help you any if you don’t have a steady hand, and if you don’t have 20/20 vision, it might be even harder to use the optic.  The Nikon Arrow ID 7000 has a vibration reduction feature to make it that much easier for you to use.

While most laser rangefinders are relatively cheap, they sport heavy costs when you throw in binocular technology.  If you’re interested, you might want to consider a rangefinder binocular like this star Leica Geovid 10×42. 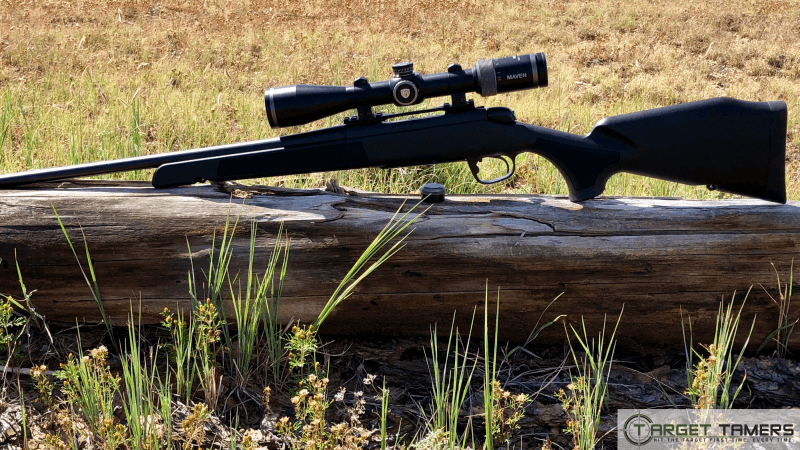 Firearms are well-known defense weapons among Preppers.  But, just as your choice of firearm is important, so is the scope you choose.  Many Preppers will typically own a hand gun, shot gun, and a rifle.  Whether the rifle is for hunting for your food source or for defense against marauders, a quality scope can help you pop off some life-saving rounds.

But, what’s the perfect rifle scope for Preppers?  There is no one answer to that.  We can only guide you in applicable directions for what you feel is appropriate to prepare for.  But, we do suggest:

You can always add a 1x (low power) scope, such as a 1-4x, to your gear that provides both the benefits of low magnification and an illuminated reticle.  It’s excellent for closer range shooting when engaging with nearby targets.  Also, it reduces scope wobble with its low power at medium range distances.

This is often seen as a luxury or overkill because night vision gear is not cheap.  But, is it worth splurging on to be well-prepared for the “just in case?”  Absolutely.

Both night vision and thermal have their benefits in a SHTF world.  While night brings the cover of darkness for covert scouting and patrols, you can bet others are doing the same to take advantage of unprepared and unaware persons.  Don’t be the vulnerable.  Keep ahead in security and surveillance with an ATN X-Sight II 5-20x night vision scope.

You want gear to detect if threats are nearby, to see fresh footprints around the property, and to spot nocturnal food sources or predators.  Another nighttime champ is a thermal scope.  They’re newer than NV scopes, and they’re much pricier.  Generally, the rule of thumb is to start off with NV gear including some good goggles or night vision binoculars and then invest in thermal gear such as a good thermal monocular afterwards.

NV is expensive, and there are differences between night vision and thermal.  You’ll want to know what they are before you put down a ton of cash on one.

You’ll also have to think about battery quality and convenience to have them for a real emergency when there’s no replacements sitting on the shelves of the looted local Walmart. 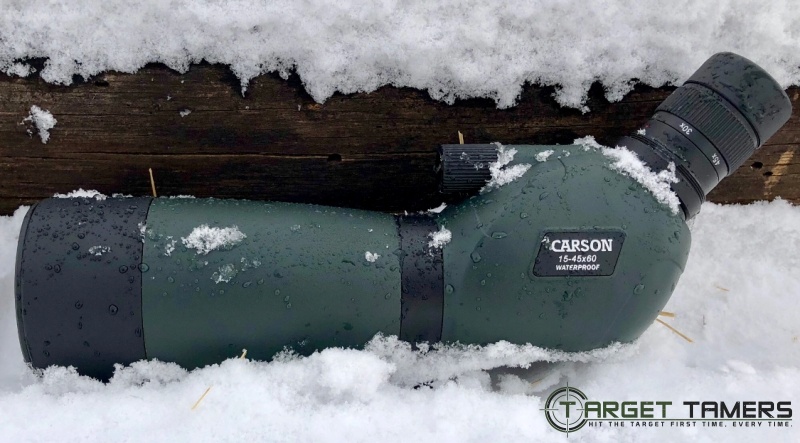 Why would you need a spotting scope if you have binoculars?  Spotters can see way further than binoculars as they pick up magnification where binoculars leave off.

Say, you’ve made it to your retreat, or you’ve barricaded yourself in, now what?  You set up and get your perimeter secure.  Part of securing your perimeter is setting up security surveillance.  Having a spotter is like having a lookout in a crow’s nest – they look for approaching hazards, threats, and anything that requires attention from the occupants of the house, retreat, or camp.

But, high-quality spotters are no cheap feat.  One of our favorite spotters that doesn’t cost $4000 is the Meopta MeoStar S2 82 HD spotter that has everything you could want on a long-range, high-quality scope.  With exceptional glass and coatings, decent price and value, and flawless image quality, the MeoStar is a worthy SHTF investment.

Observation and game hunting are also capable jobs for a spotting scope.  Being prepared means being able to know what’s going on around you while reducing the limitations of distance and using it to your advantage.

Additional features to check off when adding optics to your survival gear is ruggedness, waterproofness, weight, and price.  Once you get ’em, make sure you know how to use ’em.  Don’t just stash them away with the rest of your gear.  Use them, practice, and incorporate them into your bug-out bags, plans, and trainings.

With optics coming in cheaper with better than ever quality than they were just 10 years ago, there’s no reason a Prepper should be without.  Got optics?  Check.

Mil vs MOA: Which is Best for Hunting, Beginners & Long-Range Shooting?

What is Eye Relief & How Does It Affect Scopes & Rangefinders?