Swampfox Optics is a new brand to the game, but they made a strong entrance back in 2018.

These days, everyone seems to be cashing in on the LPVO market, and Swampfox may just show them up.

They’ve made the Arrowhead with more features and duty-grade quality at the same price points as alternatives.

The Arrowhead may be worth comparing it against the Vortex Strike Eagle.

With street prices under $500, this LPVO should be well within your top scope shortlist. It is on ours.

Our Verdict: Swampfox may be new, but it’s unmistakably clear that they know what they’re doing. The Arrowhead provides exactly what we all want from an LPVO. Give the brand a chance and you won’t be disappointed.

Who is the Swampfox Arrowhead 1-10X24 Best Suited to?

Everyone. It’s as simple as that. It’s built with the ruggedness and accuracy required by professional personnel, but it’s also built with the features that hunters, home defense, and target shooters like to have too.

Being on the heavy side for an LPVO, it may have you thinking twice, but there are few quality 1-10x LPVO scopes worth buying in the market. Don’t settle for the mediocre and give Swampfox the benefit of the doubt they can churn out something better. Turning a blind eye to its weight problem may help you see what really matters – what’s on the inside, awesome optics.

How Does the Swampfox Arrowhead 1-10X24 Perform?

The Arrowhead has got aesthetic appeal covered. We like the combo of both white markings and murdered-out logos. Since Swampfox designed the LPVO, it doesn’t fall into the trap of looking like a rebranded scope. In fact, it sets itself apart because it’s not a rebranded scope. Designed from the ground up by Swampfox, a Colorado-based company, it brings something new to the table.

The scope itself is optically very good. Very little, if present, edge distortion exists, but its close to true 1x performance and excellent 10x performance overwhelms any flaws.

The scope is tough and made to handle harsh conditions from water to shock and recoil. It’s 1100 G-Force rated to handle whatever you decide to mount it to.

Although not a precision optic but a CQB best suited to close-range fire, it does come with a bullet drop compensation reticle to extend the range. Even though it’s factory-set for parallax, your cheekweld remains unchanged at max power because it has good eye relief and a forgiving eyebox.

To date, no complaints can be found about the Arrowhead. It’s consistently rated as one of the best LPVO scopes available. But as a new brand, they have some marketing to do to get people out of their wary-of-newcomers mentality. Swampfox is worth keeping in your pocket as a go-to brand for professional quality without the high cost. Try it out for yourself.

You’ll notice the built-in throw lever that is a standard feature for the Arrowhead series. Believe it or not, many LPVO scopes don’t come with a lever. It’s different too because of its installation. Most levers are thread-in, and while they’re not bad, the 4-bolt assembly of the Arrowhead lever makes others look like child’s toys.

Swampfox says their 30 mm tube scope is made from “harder grade aluminum” and “stronger materials… machined to the finest tolerances we can achieve.” That’s some bold statements, but it’s said to feel especially robust in the hand.

While very little details are provided about the glass, the proof is in the pudding. Swampfox says they infuse rare earth metals into their glass, and they use FMC coating standards. The lenses have also been treated with hydrophobic and anti-fog coatings.

The optical quality as seen through the scope is said to better than alternatives in its price range. Little to no edge distortion is visible and it holds up for extremely close-range focus. It’s parallax-set for 100 yards and the eyebox is rather forgiving since you can maintain your cheekweld at max power. Any POI shift across the power ranges is consistent and minimal, if it occurs at all.

The turrets look huge and are knurly as a burled tree, but they fit the tactical style that they’re going for. While it does take a flathead screwdriver or a coin to reset zero, it’s not a big deal since it’s not unlike other scopes. It does not feature a zero stop, but it does have push-pull locking turrets. Easy, simple, and confidence-boosting.

For the price point, you may be worried about mushy turrets. They’re very tactile with crisp ½ MOA clicks. Swampfox tightly packed the revolutions with 30 MOA providing a total of 100 MOA travel. Each marking is in 2 MOA which can get a little confusing if you’re accustomed to ¼ MOA graduations.

The Arrowhead reticles are pleasing to the eye, well-lit, and are in the second focal plane (SFP). Due to the nature of where the reticle is located, holdovers are only accurate at max power (10x).

The reticle chosen for this model is the BDC red illumination reticle. It has a center dot with a 20 MOA wide CQB ring at 100 yards. Swampfox provides bullet drops for both 5.56 and .308 Win/7.62 NATO cartridges. With the 5.56 NATO zeroed for 50 yards, all corresponding holdovers can take you out to 800 yards with 960 yards for the .308 Win.

You have a combination of stadia hashmarks and chevrons. The stadia hashmarks help for crude rangefinding of targets of known size across the torso/shoulder. Where the inner cross bars end, the circular space measures 12” at 100 yards.

Once you get to know the Guerrilla reticle, you’ll be shooting groups at various distances and then returning to your zero with dead-on precision quickly and efficiently.

With dual LED emitters and 12 intensity settings, the Arrowhead satisfies your need for both bright-light and lowlight reticle visibility and performance.

What is exceptional, but should be standard for this day and age, is the intermittent “off” positions between each illumination setting. While it may seem like a small convenience, it’s a convenience feature that not all LPVO scopes have.

The Arrowhead is also compatible with night vision devices. It has night vision low intensity settings that will provide the aiming point through a clip-on. Instant night vision for hog hunting is now part of your reason to buy the LPVO.

Since we love the Arrowhead and can’t pinpoint anything worth complaining about, we’ll pick on the fact they’re the rookie seller in town.

It’s not that we don’t like new brands, but like you, we can be distrusting of newcomers. Where do they make their scopes? Are they any good? Where do they source their glass? Has anyone else tried it? What is the warranty?

While there’s only so much hmming and hahing you can do, it’s best to bite the bullet and test it out. Only then can you relay your fears about a new brand.

Where are Swampfox Scopes Made?

Swampfox designs and engineers their scopes and provides the specs to one of the top OEM factories out of China. This is not at all unlike other well-known brands.
However, the difference here is that Swampfox is aiming for a business-to-consumer market, and with their efforts in providing quality products to earn a high reputation among the masses, we predict they’ll be a competitive household name. After all, it’s American specs and engineering that people are after. Swampfox is not taking what’s dished out by the manufacturer and battling with other businesses but are giving the marching orders instead.

What is the Difference Between the Guerrilla BDC VS MOA Reticles?

The Swampfox Arrowhead Guerrilla bullet drop compensation (BDC) and minute of angle (MOA) reticles are similar in purpose but different in design. Between the two, the center dot and ring have the same MOA size, but the elevation/bullet drop crosshairs differ.
The BDC incorporates chevrons and stadia hashmarks as holdover points while the MOA reticle has stadia hashmarks with 2 MOA increments up to 30 MOA.

How much Recoil can the Swampfox Arrowhead Handle?

While the BDC reticle can be calibrated for either 5.56 or .308 loads, it can handle more recoil than that. While most prisms are only 800 G rated, the scope itself is rated for 1100 G-Force. If you’re concerned about mounting it to a big bore, you should know that it’s covered under the Swampfox warranty.

What is the Warranty on the Swampfox Arrowhead 1-10x24?

The Swampfox Arrowhead LPVO and all other Swampfox optics are covered under their 50,000 Round Guarantee. Basically, if the scope fails before you’ve shot 50,000 rounds through it, it’s covered.
Since there is no such thing as a round tracker chip in the scope, it’s based on the honor system.

The Swampfox Arrowhead is an awesome piece of equipment. For the price, it’s worth trying out if you’re on the hunt for a 1-10x LPVO.

On paper, it’s already proved itself worthy of consideration thanks to its awesome, high-end features. To really see if a new brand can nail it, get it on your scope and put holes on paper.

The Arrowhead LPVO is an impressive, not-so-little scope for those who want real performance. With a price that’s low enough to surprise you but not low enough to think it’s a piece of junk, it’s worth putting to the test. 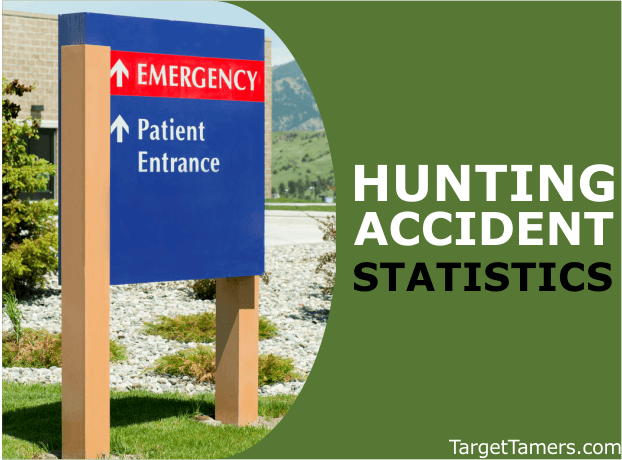 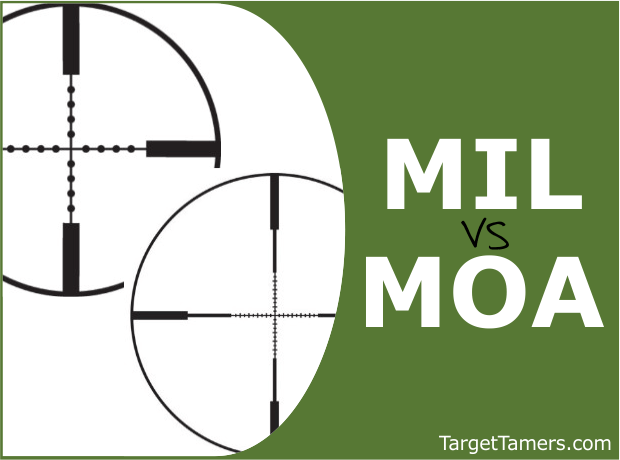 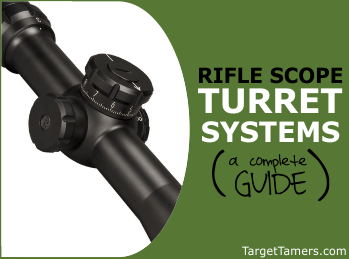