Are you scrounging around for the cheapest night vision rifle scopes in the market?

The AGM Wolverine-4 NL3 could be the type of scope you’re hunting for.

While far from cheap from most buyers’ perspectives, it’s a true NV scope with a Gen 2+ image intensifier tube – no digital tech here.

With solid performance for its price point, it can easily be part of the rankings of the best night vision scopes currently available.

Since night vision is an ever-changing, high turnover market, check out the new brand that has brought some tough competition to the field.

The Wolverine-4 may very well be here to stay.

Our Verdict: If you’re after basic but high-performing night vision, the Wolverine-4 NL3 should be a serious contender on your wish list of potential night vision scopes. It has the right price, solid features, and is good for close to medium-range detection. Sounds like it’s great for hunting!

Who is the AGM Wolverine-4 NL3 Best Suited to?

As a dedicated night vision scope, it’s intended to be used alone on its own weapon system. This does present an issue for those who do not want to remove their daytime scope. An AGM Comanche clip-on is the better option for you.

But if you’d rather the better image quality of night vision that doesn’t have to travel through multiple lenses to reach your eye, a dedicated scope like the Wolverine-4 is the order of the day.

Better yet, the Wolverine-4 NL3 is a very affordable night vision scope, and don’t let the low price tag fool you because it’s no Gen 1 scope – it’s upper-end Gen 2.

How Does the AGM Wolverine-4 NL3 Perform?

The Wolverine-4 NL3 does away with the fancy bells and whistles that drives up cost and offers itself as it is with its strong-suit in the features that really matter – NV imaging quality, ease of use, and solid performance for close to mid-range NV detection.

With that in mind, the NL3 is an attractive scope to those on a budget and who are after night vision in a dedicated scope design. It’s weather-resistant, made from aircraft aluminum alloy, and provides ¼ MOA accuracy.

Get it zeroed and you can use the mil-dot reticle to practice your distance ranging of targets of known size. When you’re shooting less than 250 yards in the dark, all you need is visibility and not the extra features that take up time when you’re in a crunch or on the clock. The Wolverine-4 gives you the night sight you need to be the predator.

While there are industry standard specs about night vision generations, there is no universal standard for the levels within the generations as each manufacturer qualifies their own NV packages between the generational technologies.

What this means is that while you can expect a higher level of Gen 2 quality from a Gen 2+ IIT, “Level 3” as termed by AGM is something unique to them. This can be compared to buying a specific make and model of a car but then the trim package is different within the series.

The Wolverine-4 NL3 has a Gen 2+ Level 3 IIT. This indicates it has a 45-51 lp/mm resolution, and unfortunately, AGM does not disclose the SNR value of the dedicated NV scope.

What can you expect? With a huge 108mm objective lens, all-glass high-transmission multi-coated optics, and a higher Gen 2 lp/mm resolution, image quality is outstanding – especially so for its price point.

There are pros and cons to having either a dedicated NV scope or a clip-on, but in this case, you can pay less and have better clarity and brightness with a standalone NVD.

The Wolverine-4 NL3 is 12.1” long and adds quite the amount of weight to your setup with an extra 2.6 lbs. For an NVD, this is around the average weight although there is demand to see them come lighter in weight in the days ahead.

As a standalone scope, you have a mil-dot reticle with an illuminated cross center. You can adjust reticle brightness, and the both the crosshair posts and center aiming cross are easily visible.

The scope features elevation and windage turrets in the traditional positions and offer ¼ MOA adjustments with a 60 MOA max adjustment travel. The center cross is made up of mil-dots and are spaced 1 mil apart with 5 mils on either side of the center. With this reticle, you can make distance estimations with a target of known size.

You should also know that the eye relief is 45 mm (1.77”). This may be too short for some, so be sure to mount it as far forward as possible while still retaining optimal visibility of the display within the eyebox.

It’s extremely convenient that AGM equips the Wolverine-4 with a QRM (Quick Release Mount) even though it’s intended to be used alone on a dedicated weapon. If you plan on permanently leaving the night vision scope on the weapon, then no big deal, but for those who are swapping between day optics and NV, the QRM is a bonus accessory.

It’s a dual-lever quick detach mount that incorporates the same clamping mounting mechanism as their single-level mounts. Unlock, slide into the rail, and lock those levers down. The clamping device can be adjusted and so can the mount position to the scope to provide an extra 1.5” backwards position.

It may be worthwhile to know that the optical axis of the Wolverine NVD sits 46 mm above the rail, so it’s a little higher than the usual 40 mm setup.

The Wolverine-4 lacks manual gain, but it does make up for this with the Automatic Brightness Adjustment System. The scope will automatically provide consistent brightness even when light conditions are constantly changing.

There is no adjustable magnification on this scope as it provides a fixed 4x magnification. This is good for close to mid-range shooting suitable for tactical surveillance, coyote hunting, and hog hunting with night vision.

The Wolverine is also water and fog resistant. It’s unclear if nitrogen or argon gas was used and if the device can withstand accidental submersion. But for withstanding the elements when inclement weather rolls in, it will hold up for as long as you can stand the elements.

It’s also made from aircraft aluminum alloy which provides its strong and shock-proof build. While this same material is also used for constructing lightweight optics, the 2.6 lbs of the Wolverine can be considered heavy – well, it does have a huge 108mm objective! Technically though, it’s still within comparable specs for a standalone NV scope.

The only potential drawback with the Wolverine-4 is the Mil-dot reticle with MOA turret adjustments – it’s not for everyone. Fortunately, it’s not like you’re sniper shooting with this scope with its fixed 4x power and low to mid-range detection performance.

Think of it this way, you have a mil-dot reticle for estimating the distance on a target of known size and you have MOA turrets that provides zeroing precision. It’s not the end of the world, but once you get zeroed in, you’re done. If you’re consistently adjusting elevation for long-range shots, this isn’t the scope for you.

Does the Wolverine-4 Have Auto-Shut Off?

The Wolverine-4 NL3 is a basic and simple night vision scope. It lacks automatic bright light cut-off, remote control compatibility, and auto shut-off. The trade-off for the lack of what may be considered basic features means a lower price for the consumer.

What is the Recoil Resistance of the AGM Wolverine-4 Night Vision Scope?

AGM has not disclosed the recoil rating for the Wolverine-4 NVD. As a standalone night vision scope, it should be assumed that it can handle high calibers with vigorous recoil. The only concern is achieving enough eye relief especially when in positions that compromise and reduce effective eye relief.

How Can I Improve Image Quality with the Wolverine-4 Scope?

The Wolverine-4 has a focus wheel found on top of the scope. This moves the objective lens assembly to bring a target into focus. You also have an eyepiece diopter that allows you to sharpen the image for your vision.

What is the Warranty on the AGM Wolverine-4?

The Wolverine-4 NL3 is covered with a 3-year manufacturer warranty. It applies only to the original owner and provides standard coverage as compared to other electro-optics warranties.

For a new brand to the scene, AGM has caught up quick in what real shooters and hunters want from a NV scope – low price, high-performance, and great NV imaging quality to get the job done.

This is the epitome of the Wolverine-4 NL3.

Without the frills of digital scopes or time-consuming features often offered on high-end NV scopes, the Wolverine-4 is there is to get a job done. It aims to provide visibility when it seems there isn’t any and to get you accurately on your mark. 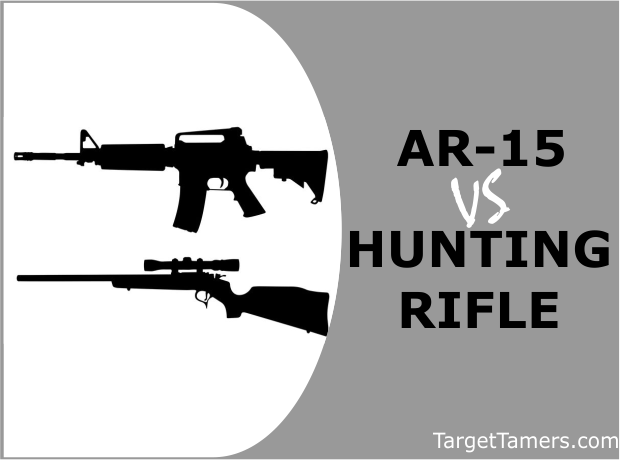 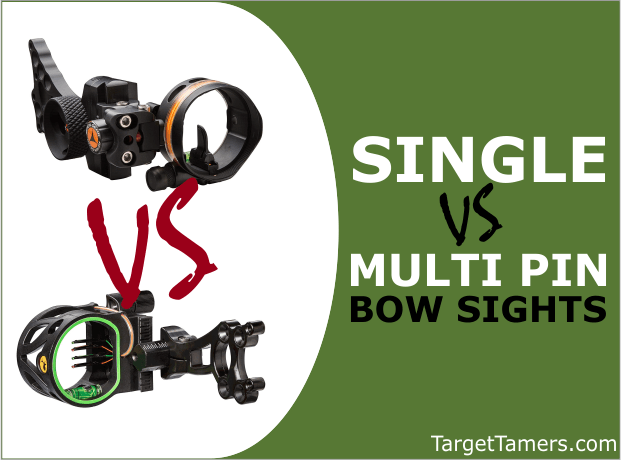 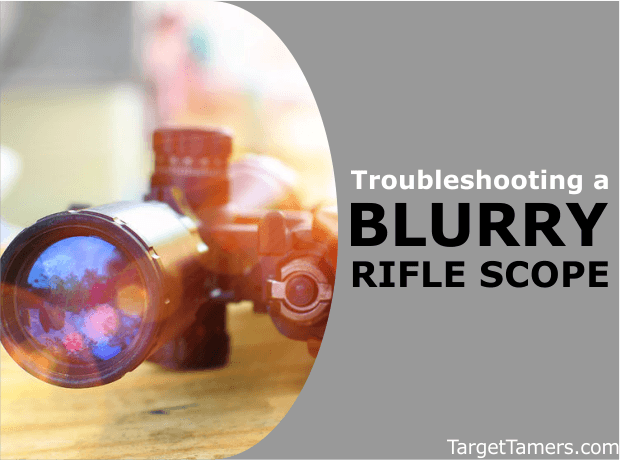