It’s no small feat to launch a completely new line of rifle scopes. So, what gave Maven the confidence to do it?

Maven created the new line to fulfill the requests of hunters.

The Maven CRS.1 is a hunting scope that is designed for set-it-and-forget-it application. The CSHR reticle is in the SFP with bold wire crosshairs and 5, 10, and 20 MOA holdovers at 12x magnification. For hunting game of all sizes and perhaps some long-range use, it is no doubt a hunter’s optic.

With plenty of hands-on field and range time with the CRS.1, the following is my experience with it and why I recommend it.

Our Verdict: The CRS.1 3-12x40 was designed to fill the gap between quality, affordability, and all-purpose use specifically for hunters. With form and function as the standard requirement for those in the field or the timber, little more is needed for most shots taken in the hunt.

The uncomplicated approach of the CRS.1 will attract the eyes and budgets of hunters. The SFP reticle with 4x zoom and fixed parallax makes for a straightforward, set-it-and-forget-it scope. The CRS.1 3-12x40 is best suited to hunters who appreciate foundational features with a trace of modernity.

It’s also worth mentioning that with its mid-range, C-series optical quality, it fills the gap of affordability that Maven’s riflescope lines were missing.

When high-end is out of the budget and is perhaps overkill for your needs, the CRS series steps in as the most appropriate option that doesn’t break the bank nor adds bells and whistles you don’t need.

Overall, the Maven CRS.1 is a solid and dependable scope for the hunt. It’s exceptionally straightforward to sight in with finger adjustable turrets and to hold over at a practical 12x magnification. With the riflescope bundle, rings are included to get to target shooting and hunting out of the box.

For range testing days, I mounted the CRS.1 3-12x40 to three different rifles: Ruger 10/22, AR-15, and S&W 270. Wind conditions were ridiculous, so I dialed for it with every rifle and every zero. Plenty of opportunities to test tracking were afforded.

With the included rings, the CRS.1 had a perfect height to all my Picatinny rails on my bolt-action hunting rifles. On the rimfire, it was incredibly fun to plink steel with, but my favorite experience was on my favorite rifle, the .270.

It mounted beautifully even though I should have moved the rear ring further back between the turrets and eye bell. I also know that rifle well and consistent cheek welds allowed for an ideal position within the eyebox at 12x.

Unfortunately, the included rings were not high enough for the AR-15 as the objective bell didn’t clear the rail.

This was rectified with high rings, and I got to bore sighting at 25 yards and took it out to 100 yards with no further issues save for the wind.

Ultimately, the CRS.1 mounts compatibly as-is to various bolt actions with medium height rings to Pic rails. I found the fixed parallax to be a benefit since it was one less thing to think about in the field and those crosshairs didn’t float once. In short, it performed exactly as it was intended to – simply and accurately.

Optical quality should be of concern to hunters as magnification means nothing if detail can't be resolved. With that said, the CRS series lacks nothing in contrast, brightness, and resolution. It has the mid-range C-series glass well-known for its ED, better-than-its-price point performance.

I could discern no chromatic aberration during my testing although it’s possible to see it in the right conditions most likely in the higher powers. The edge-to-edge sharpness was impressive with only a minor degree of field curvature at the very edges of the FOV at max power.

With a light transmission rate of 88%, the perceivable brightness is on par with alternative high-end models. The diopter correction compensates for +/-2 and this was enough for my far-sighted vision to get a sharp view of the reticle.

Though the CRS.1 has high magnification over 10x, it does not have a side focus or adjustable objective. It is fixed at 100 yards.

The CRS series have a custom-tailored reticle that was based off the RS series SHR reticle. It is the CSHR reticle that is made of wire, is in the second focal plane, and features 5, 10, and 20 MOA holdover subtensions at max 12x magnification.

Perhaps the large holdovers are not for everyone, but it does give some long-range potential for the hunter who may be presented with the circumstance of needing it. As can be determined, it’s not a scope that’s meant for constant dialing in. Sight it in, use a ballistic app to get the data, and confirm it.

I found the reticle to be highly visible in almost every terrain. The low 3x power was the best in thick timber. Though digiscoping introduces aberrations, crosshairs were bold, black and because of the brightness of the optics, it was a non-issue to use in lowlight conditions.

The CRS.1 has capped, tool-less turrets with 0.25 MOA clicks, 50 MOA total adjustment travel, and 18 MOA per revolution. Adjustments are audible enough for hunters and can be felt through gloves if dialing is needed. For a set-it-and-forget-it scope, it’s really only applicable to zeroing in.

Though I tried to attempt showing its tracking ability over video footage, it’s easier to verbally relay that each ¼ MOA turret marking was accurate in visual reference and real-time application.

Though not mentioned in the manual, I did perform a zero reset by removing the two screws and reindexing the “0” for my final 100-yard zero.

Since you have a BDC reticle for holding over, it only makes sense to use a ballistic app to see what the holdover values will be for your setup. Maven recommends the Strelok app. It’s a comprehensive and exacting ballistic application but not the most user friendly. But if you’re holding over 10 or even 20 MOA, you’ll want to confirm it at the range. Though it tracks precisely, dialing in isn’t the goal with this scope.

Mounting the CRS.1 to a bolt-action rifle is simple and fast especially if the CRS.1 riflescope package is purchased. In this bundle deal, the riflescope comes with a set of Warne Maxima 1” Medium rings that have a horizontal split and fits to Picatinny rails.

The rings are high quality and held well throughout the entire testing period to the range over multiple trips. The CRS.1 was moved between rifles and the included rings were an ideal mating with bolt-action hunting rifles.

On the AR/MSR rifle, it did not clear the rail but had good clearance with alternative high rings. The field-tested CRS.2 has a 44mm objective lens and bigger objective bell that barely cleared the rail with high rings. I would feel more comfortable with super high rings on that setup if I were to maintain a consistent weld. But you know your setup best.

The CRS.1 shaves off a lot of weight that alternative 3-12x40 scopes may have. It’s lightweight at 14.2 oz and is on the long side at 12.44”. It can be assumed that it’s made from aluminum and it is a fact that it’s made in Japan.

Both the CRS.1 and CRS.2 are waterproof to a depth of 3m and have been nitrogen-purged for fogproof benefits.

During the time I had with testing the CRS.1, the climate has been sporadic with freezing, snowy days to wind advisory conditions and then warm 70° plus temperatures. I was out and about with the CRS scope in all these conditions in various terrains from the forests to the open plains. It did not fail in any respect to temperature, terrain, and light conditions.

The scope has a slick, smooth surface with what I will say as having no knurling on the turrets or magnification ring. However, the Maven-orange indicator fin on the power ring served more than acceptably to manipulate magnification.

The finish is a tad on the reflective side, but it hasn’t taken any real damage from the unintentional abuse it’s suffered during transport and use in the field.

The CRS.1 is fixed for parallax/focus at 100 yards, and at 25 yards at maximum 12x magnification, the clarity was marginally soft. Looking out beyond 50 yards, the optics performed sharply with no optical disadvantages regardless of the power range.

Maven includes Warne Maxima 1” Medium rings with the CRS.1 3-12x40 in the CRS.1 riflescope bundle. The scope-only option does not include mounting rings in the box.

What is the Lens Size of the CRS.1 Scope? 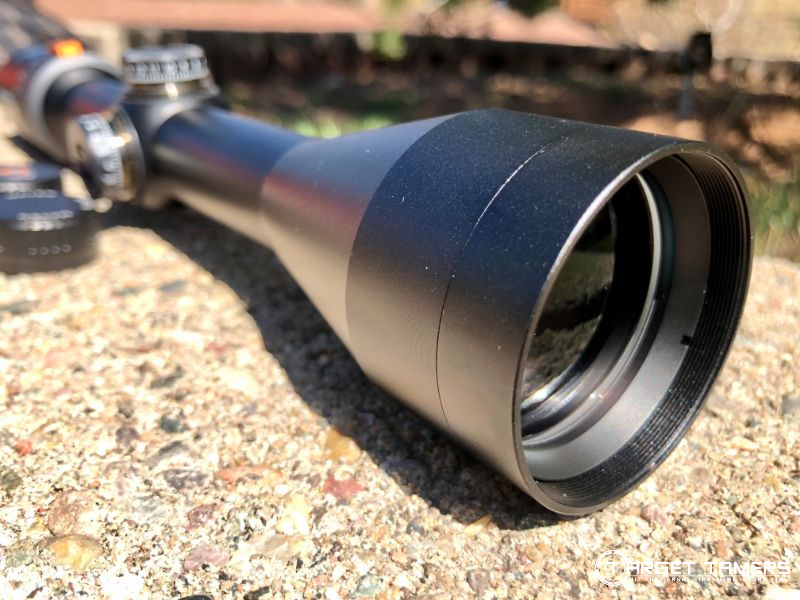 Does the Maven CRS.1 Need Tools?

The Maven CRS.1 riflescope does not require tools to adjust. The windage and elevation turrets are finger adjustable. Though tool-less, they are protected from unintentional adjustments with the caps secured.

What is the Maven CRS Warranty?

The CRS series of scopes is backed by Maven’s unconditional lifetime warranty. Though it may be an affordable series, Maven stands behind their products and the CRS.1 has the same warranty as the high-end RS scope series. 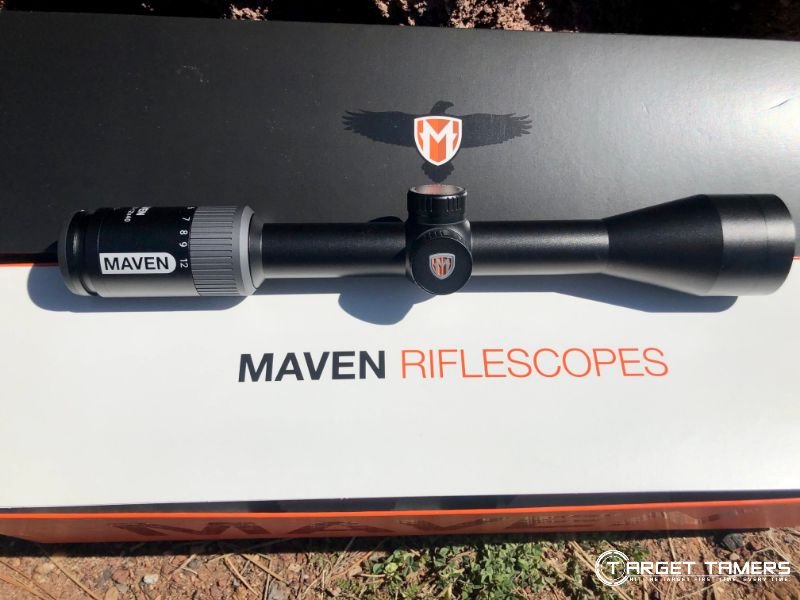 The CRS series of riflescopes is intended for hunters who recognize when ‘less’ can often mean ‘more’ when in the hunt.

Too many complex scope features increase user error especially when adrenaline is pumping and you’re under pressure to fill that tag. Conversely, a lack of precision features can mean the inability to acquire accuracy and reticle visibility when you need it most.

Fortunately, as unadorned as the Maven CRS.1 may seem, no compromises were made to quality materials and manufacturing. If you already know what you want out of a hunting riflescope, the CRS may fill those needs. 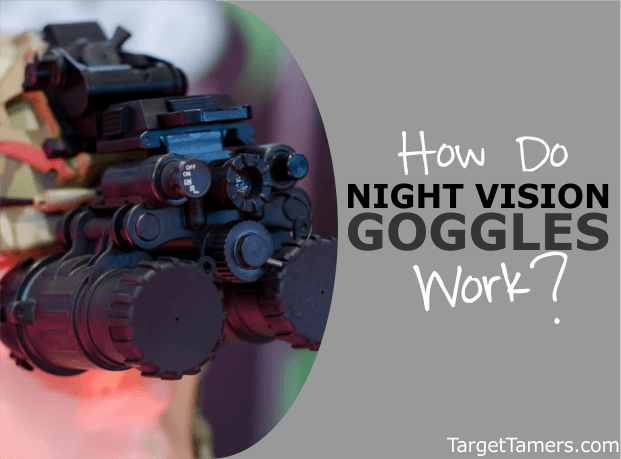 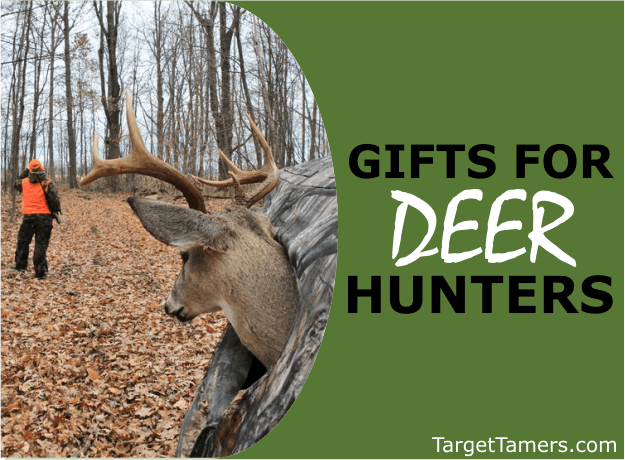 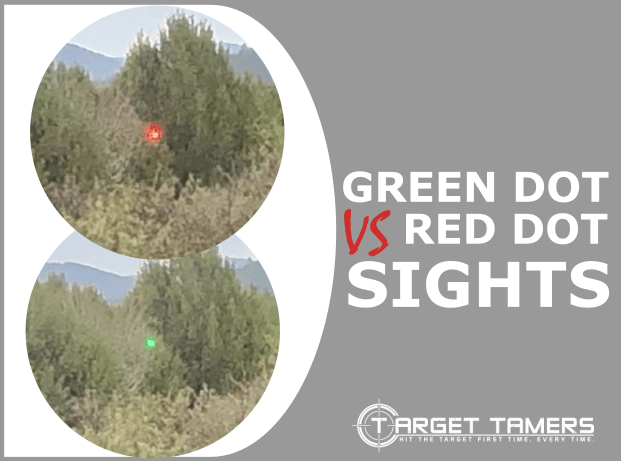