The Match Pro is freaking out the shooting community for its features at its price point.

The word “accurate” is now interchangeable with the words “Match Pro.”

That’s some high praise for a Bushnell scope.

If you’ve had doubts about the brand before, it’s time to remedy that.

Whether you’re a comp shooter, hunter, or long-range fanatic, the Match Pro may be one of the best long-range scopes you buy for the money.

Competition shooting is what the Match Pro does best – it’s a given since it’s all in the model name. But, it’s not only outfitted for timed matches, it also appeals to the long-range maniac, long-range hunter, and even the close-range plinker. It really doesn’t matter what you want to do with it because the Match Pro performs.

It is long and heavy, so it’s not like you’ll be surveilling or walking around for hours with it. It’s also high-powered, so take into account terrain and hunting style.

How Does the Bushnell Match Pro 6-24X50 Perform?

The Match Pro scope from Bushnell is an incredible buy for the money. It should cost at least a few hundred bucks more for its quality and performance out the door. However, Bushnell made the Match Pro as an economical choice for match shooters.

While it may be categorized under a budget price point, there are very few budget things about it. Its number one advantage is that it’s astoundingly accurate. From its parallax markings to its repeatability, the Match Pro gets you dead-on with impressively tight groups. Go past 1000 yards with this scope easily.

While glass quality is great for this scope, it obviously doesn’t have the works. Is it going to interfere with your shot placements? Non-issue unless you’re shooting from the edges of the FOV.

Take it from those who have put the Match Pro through its paces already – this is a scope that performs. For those who have doubted Bushnell scopes in the past, get your hands on one and you may be worthy of redemption yet.

The Match Pro is built for, well, matches. It’s purpose-built for rimfire and PRS-style comps, at least, that’s what the budget price point and specific scope features indicate. Everything about it is designed for fast employment and long-range distances, although, it’s extremely capable of closer zeros.

To brief on its use for competitions, as an FFP reticle scope, it’s extremely helpful since you know your holdovers are accurate regardless of your power setting. When you’re on the clock, every second matters, so you don’t have time to mess with it. Most FFP shooters have a pet power setting anyway.

The Match Pro is also priced in a way that it definitely qualifies for Base Class NRL22 comps. Since it’s a budget-oriented class, the scope will help to keep you under the $1050 rule. If the entire weapon system has an MSRP above that amount, you move to the open class.

Because of its features at such a budget price point, the Match Pro will attract more than just competition shooters. While heavy at 29.8 ounces and high-powered, it’s not suited to scouting applications and when ultimate mobility is a must-have.

However, there are many who are pushing their limits to 600 yards, 800 yards, 1000 yards, and more. With 18 MIL travel, there’s plenty of room to explore these distances. With a 20 MOA base, you can certainly get more distance if you feel so inclined.

Pump the side focus down and sight-in for 25 yards, heck, you can focus for 10 yards if you want. The 30 mm tube gets its done either way with match ammo or monster loads. It’s worth noting that the 10 MIL revolution turrets make it super simple for intuitive come-ups.

While long-range sniping is exciting and fun, the Match Pro will also appeal to hunters. It may be overkill for multiple applications, but it’s not uncommon these days to see tactical-style, PRS scopes used in the field. The same repeatable precision, high-power, clear glass, and accurate reticle holdovers on tac scopes are also features enjoyed by the hunter.

Deploy MIL Etched Glass Reticle. That’s what the reticle is called – mouthy. In essence, it’s a Christmas tree-style reticle. This model is non-illuminated and not too busy.

Placed in the FFP, it doesn’t matter where you’re at in power, holdovers are always accurate. You can holdover for 15 massive MILs in elevation and 10 MILs in windage. The FFP reticle gets larger and easier to see in size as you crank up power, and clearly, this scope is made to be cranked up.

The MIL turrets are exposed and oversized as many like them to be. They’re tactile in feel, no tools are needed for turret reset, and they lock in place. There’s no need to be concerned about where you’re at when the unexpected happens.

The glass quality is better than expected for a rifle scope under $500 from Bushnell. It needs to be since this is made to be usable at 24x. The precision-ground glass has FMC coatings with Bushnell’s Ultra Wide Band Coating technology. The objective has also been coated with the brand’s proprietary EXO Barrier formula. Oh, it’s raining? Your scope didn’t seem to notice as water beads up and drops off the lens.

The side focus is impressively accurate too. While many parallax distances tend to be within range and not always perfect, the Bushnell turret references nail it.

Not the Best Glass

You can’t expect the best glass for an optic under 500 bucks – it’s just not happening. While the view through the Match Pro is crisp and clear, especially if you’re remembering to use your side focus, there is some slight CA (chromatic aberration) at higher power and some barrel distortion and spherical aberration.

This is due to the cheaper lenses. Most of this could be corrected with even one extra element with ED glass, but the Match Pro does not have it. It’s still excellent viewing quality for a scope of this caliber, still has value, and will absolutely more than do for most applications.

How Much Recoil can the Bushnell Match Pro Handle?

The Match Pro is a centerfire-rated rifle scope. Bushnell states that it’s recoilproof to the same standards as the Forge and Elite Tactical XRS II. That doesn’t tell us much except that it’s up to par with their flagship scopes.
Even so, the Match Pro should be recoilproof for rounds such as .280 Ackley, .308 Rem, 30-06 Springfield, .300 Win Mag, .338 Lapua, and more.

Are there Numbered Markings on the Windage Crosshair on the Match Pro Scope?

The Match Pro is finger resettable to zero and both turrets can be locked in place, but it does not have a zero stop.

What Warranty does the Bushnell Match Pro Have?

The Match Pro qualifies as a product covered under the Bushnell Ironclad Lifetime Warranty. It’s fully transferable and no proof of purchase is required.
However, product lifetime is defined by Bushnell as 30 years for a scope. While it’s obviously limited, it’s not a big deal since in 30 years’ time, you’ll want whatever is new then.

The Match Pro scope is a big deal for the brand. They’ve provided exactly what cost-conscious shooters want. While it’s built purposely for matches, it also appeals and performs well for other applications. The best thing about it is that it doesn’t cost an arm and leg, so it’s easier to buy it for other purposes.

Insanely accurate, the Match Pro is a worthwhile buy. Not only is it a benefit to Bushnell that they’ve released such a scope, but it’s a big deal for loyal buyers and bringing others into the fold. This scope is well done. 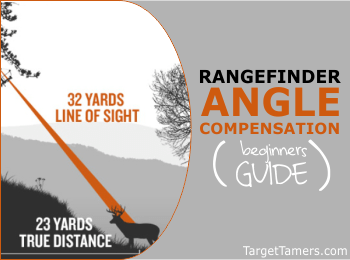 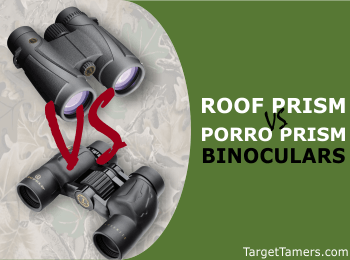 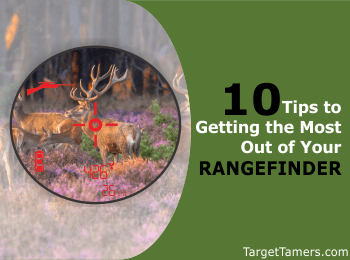