Being completely honest, I got the Sig Sauer Kilo1600BDX on a wicked deal that I couldn’t pass up.

The Sig Sauer KILO1600 BDX rangefinder is a mid-range optic with advanced features designed for maximum productivity in hunting conditions or for long-range shooting. Its OLED display is highly visible in all terrains and conditions. For the price point, the Kilo has more pros than it does cons.

To start with, the best thing I liked about the KILO was its BDX feature. The thing I least liked? There is no tripod receiver.

Here’s my review on how it performs and if it’s worth it.

My Verdict: For the money, the KILO1600BDX rangefinder is a value buy especially if it’s paired with a BDX compatible riflescope. The immediate exchange of ballistic data between the optics was once a futuristic technology but is now a realistic advantage in the present.

Who is the Sig Sauer Kilo1600BDX Best Suited to?

Overall, the Sig KILO1600 BDX rangefinder is best suited to hunters and long-range shooters. Its most valuable feature is the BDX that allows for ballistic data exchange (BDX) between the rangefinder and a compatible riflescope.

Though it’s a better-than-average rangefinder by itself, I think most of its value and getting the most productivity out of it would be when it’s used with a BDX riflescope. You could use it solely with the BDX App and make the necessary adjustments on your non-compatible riflescope, but you could technically do that with any app and most rangefinders these days.

The 1600BDX model isn’t the most powerful or longest ranging Kilo available but it’s certainly more affordable than the rest. From the consistent ranges I was getting, I’d say it’s excellent for up to about 1200 yards on soft to medium reflective targets. It will more than do the job for up to 800 yards while hitting steel and that is the distance that the BDX feature is capped at.

How Does the Sig Sauer Kilo1600BDX Perform?

Overall, the Sig Sauer Kilo1600BDX is a very smart device. The OLED display is highly visible in the brightest conditions and yet dim for low light use. The 6x magnification provides a great 6° (34.18 ft/100 yards) FOV, the diopter is easy to manipulate, and the body is compact and lightweight.

The attention to detail of a tape threader (at least that’s what I call it) for effortless threading of the lanyard through the hook was brilliant. In the past, I’ve used a bobby pin!

It took a little bit of time to figure out what was happening upon activation. For as advanced as it is, I’d say the display and menu navigation is user intuitive. The Mode button does what is expected – enters the rangefinder menu and allows you to move from one mode to another. Most importantly, it is also the “confirm” button. The Range, or fire, button lets you toggle between options in each mode setting.

So, on startup with repeated pressing of the Mode button, I figured out that there is a total of six steps to set: Range mode, Target mode, Brightness, and Measuring mode (Y or M). The last two steps display what ballistic group (or profile via the app) you’ve selected and the “bond” status – the pairing with a BDX riflescope.

Features & Benefits of the Kilo1600BDX

The BDX stands for Ballistic Data Exchange. It’s a feature that is shared between BDX compatible devices, such as a rangefinder and riflescope, to communicate ballistics and environmental factors over Bluetooth.

The BDX app on a smartphone is downloaded where you can make up to 25 specific profiles for the rifle, ammo, wind, etc. and it’s actively paired and synced with the rangefinder.

What I really like about the Kilo1600 BDX is that you can now bypass the app with the QuickBond feature. Though many of us are using some sort of application for ballistics in the field, the Kilo has eight preconfigured ballistic groups to choose from. There is also a group suited to muzzleloaders and a group for crossbows.

With BDX, you can range a target and the math is done for you. An illuminated holdover aiming point appears on the crosshairs of the compatible riflescope.

Overall, the optics are very good on the Kilo 1600 BDX rangefinder. The diopter allows for focus of both the display and the FOV especially useful for those that need correction for visual acuity.

The SpectraCoat does its job to prevent glare and reflections but also keeps the display bright, clear, and crisp. Regardless of what the quality looks like through my digiscoping, it’s mostly neutral color fidelity and optical quality is good enough for hunting in low light.

Auto mode provides the appropriate display illumination based on ambient conditions. A small ambient light sensor is located in the objective bell that samples incoming light and updates the brightness for the display.

I really liked Auto for during the day and even in low light, but once those after-legal hours came by, I felt like something wasn’t updating correctly because I was getting a lot of blooming. I ended up putting the Kilo into manual mode into Low 2 and that was worlds better.

In manual mode, you can toggle between Low, Med, and Hi modes each with three levels of illumination intensity.

With a 4.0 x 0.2 MRAD beam divergence, it’s larger in the horizontal for what I can only assume is to give easier readings for handheld use and at longer distances. But beam divergence is not the only factor that matters, and given its smart features, it more than makes up for it – but I digress.

The longest measurement I got was 2757 yards on a vehicle offhand. I think the conditions were just right considering it is way over its advertised abilities. I did get 1760 yards on something – I thought it was a bush, but it took me multiple fires to get that reading.

The readings I had the most confidence in were ones that were under 1000 yards. Though it’s a harsh judgement considering it’s supposed to be capable of longer (and accurate) reads, it’s a reasonable one given that I recommend the Kilo1600BDX for use with a BDX riflescope. And those ballistic solutions are good for up to 800 yards.

When pairing the rangefinder and the Sierra6 BDX riflescope together, you’ll use the ABU (Applied Ballistics Ultralight) mode. The first display shows the LOS distance and the angle. The next display will provide the elevation holdover, and then the final display shows the windage holdover.

Each display reading lasts about two seconds before it switches between them until it powers “off.” In this mode, an accurate ballistic solution is provided to the riflescope for up to 800 yards.

I discovered that if I need to hold over for both wind and elevation, the aiming point does not illuminate. Instead, the dots on the elevation and windage crosshair illuminate and you move your eyes along until you find the dot that meets at that point. That is the aiming point you’ll use. The LEDs are only along the elevation and windage crosshairs and not in the holdover points that extend forthwith.

I really like the QuickBond feature. I was needlessly paranoid about connectivity when I was out in the woods with the Kilo1600BDX and the Sierra6 2-12x40 scope. When in doubt, I simultaneously held down the Range and Mode buttons for three seconds until the screen says “bond.” Once it paired with the riflescope, it read “good” and the blue light on the BDX module on the scope remains solid.

It took me by surprise that the Kilo1600 is not tripod mountable. With 6x magnification and a great FOV, it’s very easy to use as a handheld without issue. However, with up to 2000 yards ranging on highly reflective targets, I would have expected it to be ready for tripod mounting.

Though it doesn’t have a direct tripod receiver for mounting, it can be mounted with various “rigs.” There are mounts that essentially wrap around the Kilo1600 BDX rangefinder (like a sleeve) that can be purchased separately, but it would be nicer if Sig just made it ready for instant mounting.

Can the Kilo1600 Read Wind and Altitude?

The Sig Sauer Kilo1600BDX cannot read wind speed or determine altitude via the buttons on the rangefinder. It must be retrieved or configured in the BDX App. When in cell range, the app will automatically pull that data, or you can manually enter this information.

What Battery does the Sig Sauer Kilo1600BDX Take?

The Sig Sauer Kilo1600BDX rangefinder takes one CR2 battery for operation (which is included in the package). It’s rated to last 4000 actuations. The battery indicator shows four bars for full battery life.

After only one week of constant use, the battery indicator is already down one bar. 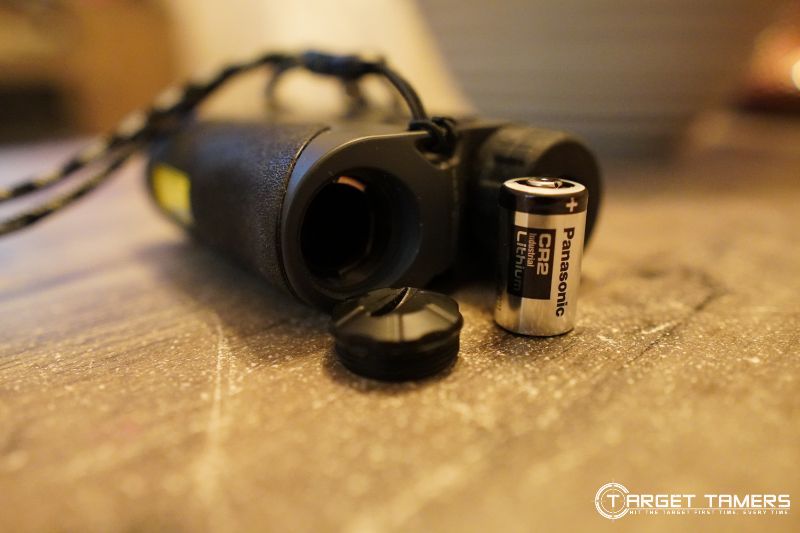 Can the Sig Kilo 1600 BDX Connect to a Kestrel?

The Sig Kilo 1600 BDX cannot connect to a Kestrel device. It’s designed to pair with a BDX riflescope and the Sig Sauer BDX App. The Kilo3K, Kilo4K, Kilo5K, and Kilo8K-ABS rangefinders are compatible for pairing to a Kestrel.

Is the Sig KILO1600 BDX Waterproof?

Overall, the KILO1600BDX is not waterproof or submersible. It is water resistant with its IPX4 rating. Though it will endure adequately in light rain, it is not recommended to allow exposure to heavy rain or to submerge it.

The KILO 1600 BDX is more than manageable to be used as a handheld with its 6x magnification and wide FOV. However, I think its ranging strengths are around half its maximum advertised distance, but it is more than adequate for what I would use the KILO for – hunting and range shooting.

I’m quite happy with its optical clarity and the illumination quality of the OLED display, and it will more than do for the hunt in those golden hours of dawn and dusk.

The BDX feature makes it extremely valuable when paired with a BDX riflescope. So, if you’re in the market for a new scope or rangefinder, it’s worth considering a Sig BDX pairing. 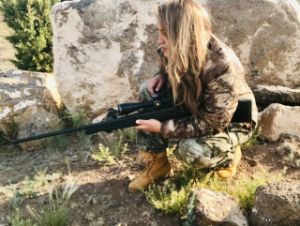 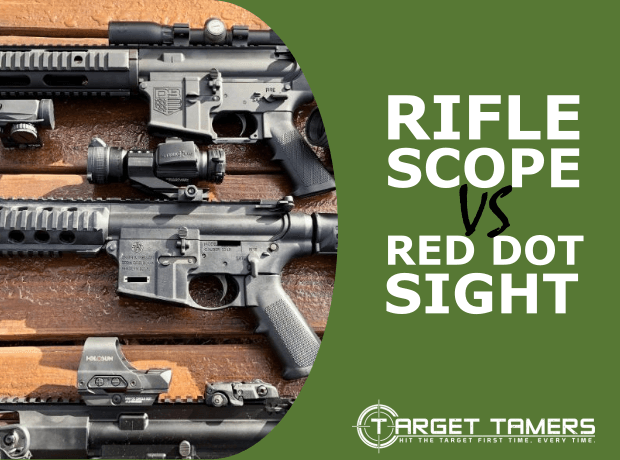